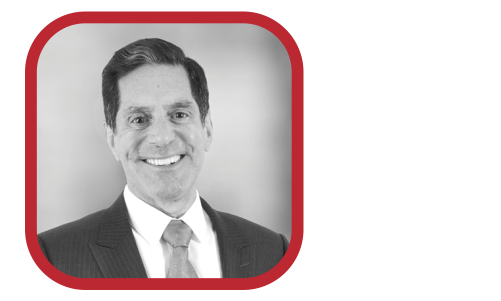 Scott served as head of the Firm’s Disputes Section for the Americas and is the Executive Partner of the Tashkent office. He is a trial lawyer, focused on the representation of Fortune 500 and other companies in connection with the defense of regulatory, white-collar criminal and complex civil litigation matters. Scott also regularly counsels clients on high-stakes corporate litigation strategy and the handling of corporate crises.

Scott also has substantial experience advising clients in connection with internal investigations, including investigations involving violations of US economic sanctions, trade embargoes, anti-dumping laws and the Foreign Corrupt Practices Act, and corporate governance and compliance reviews. He has represented financial institutions and other corporations in numerous grand jury and regulatory investigations, as well as individual subjects in a wide array of investigations, prosecutions and enforcement proceedings. As a prosecutor, Scott has tried more than 20 criminal felony cases in New York.

Some of Scott’s relevant experience includes: Representation of the OAO Tyumen Oil Company and TNK–BP Ltd. in a US$1 billion tort litigation in New York relating to their interest in oil assets in Russia; Representation of the Board of Directors of American Apparel in connection with a dispute with the former CEO; Representation of General Motors Uzbekistan and Joint Stock Company UzAvtosanoat in connection with the restructuring of their commercial agreements with General Motors, including the development of an anti-corruption compliance program; Representation of an employee of a Russian state-owned development bank accused of conspiring to and acting as an intelligence agent working for the SVR, the foreign intelligence agency for the Russian Federation; Lead an internal investigation for a leading multinational software provider concerning whether products, including updates and upgrades, and related technical support, had been provided to users that may be located in certain countries sanctioned by the U.S. Government; Representation of a major financial institution in criminal investigations conducted by the DOJ into financial transactions involving a country sanctioned by the U.S. Government; Advising a major international energy client regarding a long series of incremental changes to the U.S. export controls and trade and economic sanctions; Advising a major oil and gas client on the potential liability arising from an oil spill in the U.S. Gulf of Mexico, including the development and implementation of strategies to prevent and minimize the impact of legal proceedings and heightened governmental scrutiny that may arise out of such a spill; Representation of the former CEO of Refco Capital Markets and Refco Securities in connection with the criminal investigation and prosecution of Refco and in related proceedings arising out of the $2.5 billion Refco fraud; Representation of a former employee of a leading commodities broker in a joint investigation brought by the US Department of Justice, the US Commodities Futures Trading Commission, and the US Securities and Exchange Commission, into an alleged US$600 million fraud involving the valuation of natural gas options positions by a major Canadian bank; Acting for a large, multinational corporation, led a cybercrime investigation across multiple jurisdictions; Acted as trial counsel for Philip Morris USA in numerous individual smoking and health product liability litigations in jurisdictions across the country.