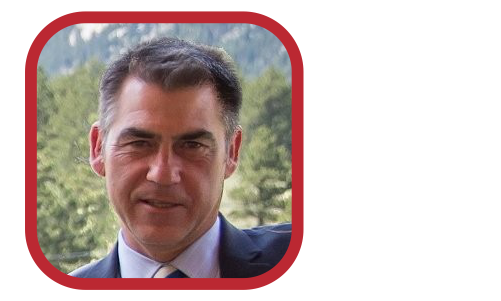 Mark Linscott has been the Assistant U.S. Trade Representative for South and Central Asian Affairs since December 2016. In this position, he is responsible for development of trade policy with the countries comprising South and Central Asia, including Bangladesh, Bhutan, India, Iran, Kazakhstan, Kyrgyzstan, Maldives, Nepal, Pakistan, Sri Lanka, Tajikistan, Turkmenistan, and Uzbekistan. He leads efforts in the bilateral Trade Policy Forum with India and in Trade and Investment Framework Agreements (TIFAs) with Central Asia, Bangladesh, Maldives, Nepal, Pakistan, and Sri Lanka.

Mr. Linscott previously served as the Assistant U.S. Trade Representative for WTO and Multilateral Affairs from 2012 to 2016 with responsibility for coordinating U.S. trade policies in the WTO. His team was responsible for negotiation and implementation of WTO accessions and the Trade Facilitation Agreement and regionally in the Trans-Pacific Partnership (TPP) and Trans-Atlantic Trade and Investment Partnership (TTIP) on customs matters, government procurement, subsidies and trade remedies, and technical barriers to trade. Mr. Linscott also represented the United States in trade meetings of the G-20 and OECD.

Mr. Linscott also served as the Assistant U.S. Trade Representative for Environment and Natural Resources from October 2003 to March 2012. In this capacity, he oversaw all trade and environment issues for USTR, including related free trade agreement (FTA) negotiations, such as the TPP, and the WTO and OECD. During this period, he also developed a robust agenda on illegal logging and associated trade through APEC and bilateral agreements with Indonesia and China. He was also responsible for international commodity agreements, including the International Tropical Timber Agreement and the International Coffee Agreement.

From 1996 to 2002, Mr. Linscott represented the United States at the U.S. Mission to the WTO in Geneva, covering issues such as trade in services, customs, antidumping, subsidies, and government procurement. Prior to serving in Geneva, he worked in the Office of WTO and Multilateral Affairs in USTR Washington, where he concluded the Uruguay Round Government Procurement Agreement as the lead U.S. negotiator and was responsible for preparations for the entry-into-force of the WTO.

Mr. Linscott started his career at the Department of Commerce, serving from 1985 to 1988 in Import Administration, and from 1988 to 1992 in the Office of Multilateral Affairs. He was awarded a Gold Medal Award, the Commerce Department’s highest honor, for his work on the 1986 Canadian softwood lumber investigation.

Mr. Linscott has a BA in economics from the University of Virginia and a JD from Georgetown University Law Center.