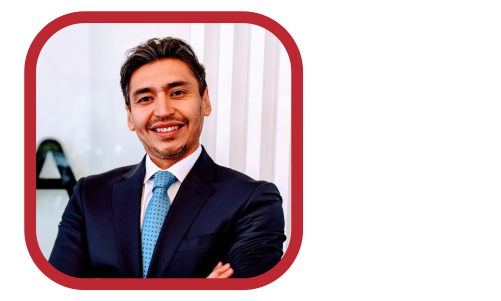 Makhmud was born and raised in Tashkent Uzbekistan, went to school in Nebraska, USA, graduated from University in Southampton, UK and has worked for the past 15 years in Kazakhstan.

Makhmud’s working experience and areas of business interest are as broad as the geography of his life. He began his professional career as Assistant to CEO Johannes Sittard in Eurasia Group (better known as ENRC plc.). Based in London and Almaty, he mainly focused on assisting Mr. Sittard  with development, mergers and acquisitions (M&A), and reviewing new projects worldwide since 2000. With the acquisition of Baku Steel Plant by ENRC in Azerbaijan, Makhmud became a Commercial Director of Baku Steel Plant in 2005. However, realizing his true interest was investment banking, Makhmud left ENRC to head Continent Capital LLP, the investment banking division of IFG Continent JSC in Almaty Kazakhstan in 2007. In 2009, Makhmud was promoted to lead the entire Investment and Financial Group Continent, JSC, including Brokerage and Asset Management.

In 2010, Makhmud together with his partners, invested in Becker&Co and took over leadership of its retail division, eventually converting it into a national retail chain by 2015. In the meantime, he became more interested in agriculture and invested in various projects nationwide in different sectors. He set himself a goal to develop a culture of organic farming in Kazakhstan and to create a worldwide brand: “Made in KZ=Made Organic”.