Jamshid Khodjaev, Minister of Foreign Trade of the Republic of Uzbekistan 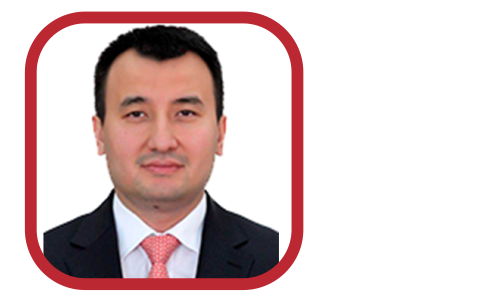 Minister of Foreign Trade of the Republic of Uzbekistan

In 2000, Jamshid Khodjaev graduated from the Tashkent State Economic University. He speaks English, Russian and Turkish. By winning Scholarship of Fund “Umid”, created on the initiative of the President of Uzbekistan for gifted students, he received an MBA from the University of Birmingham in the United Kingdom in 2003, specializing in international economic relations, public administration. Khodjaev has been constantly maintaining professional growth through taking part in international seminars and training courses at Commerzbank (Germany), the IMF (USA), Standard Bank (South Africa), JPMorgan Chase (USA), the Bank of Russia (Russian Federation), Natixis (France), KB Kookmin (South Korea), DBS (Singapore), Credit Suisse (Switzerland) and other organizations.

Work in the National Bank of Uzbekistan: In 2017, taking into account Khodjaev’s professional and personal characteristics, he was appointed to the post of the First Deputy Chairman of the National Bank for Foreign Economic Activity of the Republic of Uzbekistan, where he was in charge of the departments of the Treasury, Foreign Economic Activity, Information Technologies, project finance and others. Also, Khodjayev has actively participated in the processes of modernization of the bank’s activities and the work of its other departments and units.

The Ministry also implements the government’s policy on creation of a system of strengthening the export potential of the republic. Special attention is paid to such issues as the expansion of financial and economic assistance to exporters, improving the efficiency of information and consulting services, improving the conditions for access and activities of local producers in foreign markets, and eliminating existing restrictions and barriers to export activities.