Alibi Akhmedzhanov, Chairman of the Board of Directors of “West Kazakhstan Engineering Company” JSC 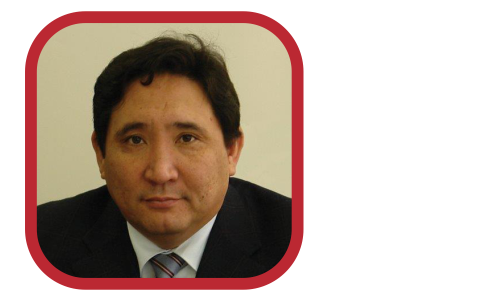 Mr. Akhmedzhanov graduated with honors from the Kharkiv Aviation Institute in 1985 as a qualified mechanical engineer specializing in “Aircraft Production and began his career as an Engineer Technologist at “Hydromash” Alma-Ata Experimental Mechanical Plant. In 1996, he became president of “Kinodetal” JSC in Almaty and after a short time he restructured and restored the plant’s operational capacity. In 2002, Mr. Akhmedzhanov became CEO of “Metalist” Ural Plant” OJSC and instituted a major re-organization which not only saved many jobs but transformed the company into what later became the “West Kazakhstan Machine Building Company” JSC – Kazakhstan’s leading producer of oil and gas equipment. Today, Mr. Akhmedzhanov serves as Chairman of the Board of Directors of “West Kazakhstan Engineering Company” JSC. He has been awarded the “Yeren enbegi ushin” medal and has the title “Honored machine-building engineer of Kazakhstan”.