Adkham Ikramov, Chairman of the Chamber of Commerce and Industry of Uzbekistan 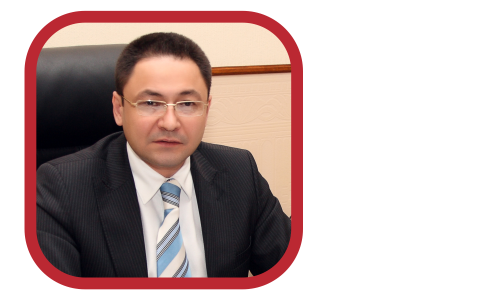 Chairman of the Chamber of Commerce and Industry of Uzbekistan, Doctor of medicine, Professor

He is Doctor of medicine with academic rank – Professor

Adkham Ikramov began his career as a surgeon in the Republican Specialized Center for Surgery named after Academician V. Vakhidov, subsequently was a Head of the radiological diagnostics Department. His

As Minister of Health, Adkham Ikramov worked closely with international organizations such as UNDP, the World Bank, Asian Development Bank, UN offices and funds (WHO, UNICEF, UNFPA, UNAIDS) and other international governmental and non-governmental organizations in order to coordinate dialogue activities within the priority programs of the Government of the Republic of Uzbekistan.

By Presidential Decree in 2011 he was awarded the Order of “Fidokorona Hizmatlari Uchun” (a major contribution to the economic and cultural development of the country).

He has more than 200 publications, including 1 monograph, 120 articles, 6 methodical manuals.